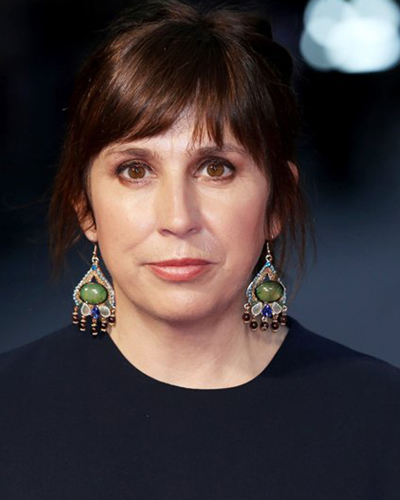 by Josh Costello, Artistic Associate
The screenwriter of The Iron Lady, Shame, Suffragette, and BBC drama The Hour, Abi Morgan is also a celebrated British playwright. Her plays and screenplays cover a lot of varied ground, but often explore gender politics in fascinating ways. "I hate to say it," Morgan told the Financial Times in 2015, "but four years ago someone asked me: 'Are you a feminist?' And I said 'Oh I don't like to use that term.' Now I would say I'm absolutely a feminist writer."
What happened to change her perspective? Morgan cites her growing awareness (particularly during the development of Suffragette) of the pay disparity between men and women, and "what is happening to women in every country socially and culturally." She also notes a lack of leading roles for women on stage and screen. "I'm always on the lookout for a journey that is complex and multi-faceted," Morgan continues, speaking about Splendour. "And a woman's. The original idea was that I wanted to place four women on a border. Not only literally on the border of a revolution” but also on the point at which power shifts. It came out of observing a number of strong women who had gone through complex, tough marriages to difficult leaders: the Imelda Marcoses, Hillary Clintons of this world. And the wife of [Nicolae] Ceausescu."
Splendour is a "complex and multi-faceted" story of four women dealing with wild shifts in power. In telling this story, Morgan makes inspired use of repetition and inner monologue to expose ever-deeper levels of meaning. Centered around an imminent photo shoot, the play presents the same scene again and again with different details in focus each time -- much like a series of photos of the same subject taken from different angles or at different exposures. Or like the same scene seen through different shards of shattered glass, another image the play evokes both within the story and in its structure. "For the audience," notes the LA Times, Morgan's innovative style "means an initial cryptic challenge, but, with each turn of the prism, the image grows clearer. And the final picture is riveting."