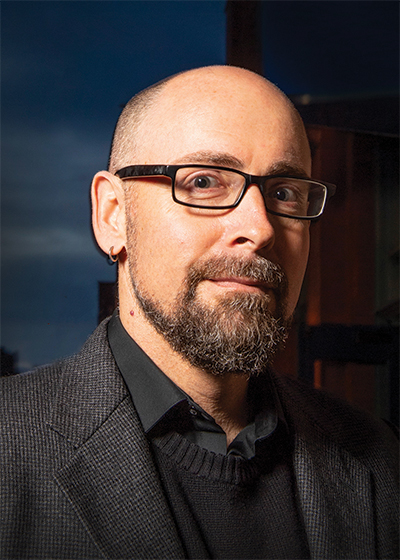 Josh Costello is the Artistic Director of Aurora Theatre Company. Throughout his career, Josh has worked to make theatre more accessible for more people, sharing a passion for the visceral experience of live theatre with new audiences and underserved communities. He was the founding Artistic Director of Impact Theatre, which focused on audiences in their teens and twenties. As the Artistic Director of Expanded Programs at Marin Theatre Company, Josh created and administered several programs that built relationships with new audiences. At Aurora, Josh initiated student matinee and Community Partner programs and led a revision of Aurora’s mission to emphasize the theatre’s role as storyteller to the community. Josh has directed Exit Strategy, The Importance of Being Earnest, Detroit, Wittenberg, and The Heir Apparent for Aurora, as well as the world premiere of Eureka Day, which won every Bay Area new play award. His world-premiere production of Aaron Loeb’s Ideation with the San Francisco Playhouse in both SF and NYC won the Glickman Award for best new play in the Bay Area and the Theatre Bay Area Award for Outstanding Direction, and was named a New York Times Critic’s Pick. Other directing work includes My Children! My Africa! at Marin Theatre Company, House of Lucky at Magic Theatre, and his adaptations of Cory Doctorow’s Little Brother and Aphra Behn’s The Rover. Josh was the Education Director at Marin Shakespeare Company, and a faculty member at Cal Shakes, ACT, SF Shakes, UC Riverside, Cal State Long Beach, South Coast Rep, and the American Academy of Dramatic Arts. Josh holds a BFA in Theatre from Boston University, and an MFA in Directing from the University of Washington, Seattle.

About
Our Mission
Board
Staff
Space Rental
Company History