Five Chicago public school teachers, their frazzled vice-principal and a defiant but motivated student take on a failing school system in Ike Holter’s sensational new play, Exit Strategy. Fierce, funny, and charged with anger, the sharply written play follows the motley crew as they band together to save the demolition of their school and regain the optimism and courage they thought they’d lost forever.

“A call to arms... Beautifully dangerous, deeply felt in each shocking discovery...Exit Strategy challenges and inspires, questioning what's worth fighting for and how to lead that fight."
— DC Metro Theatre Arts 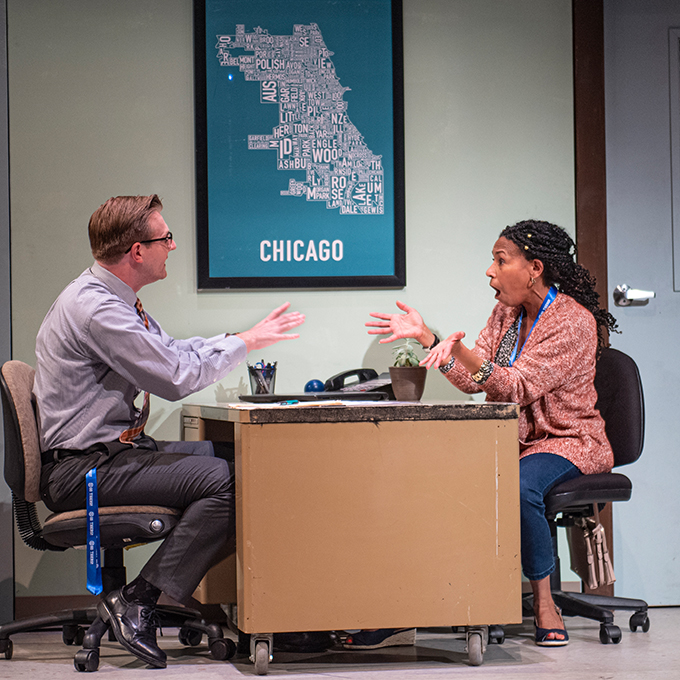 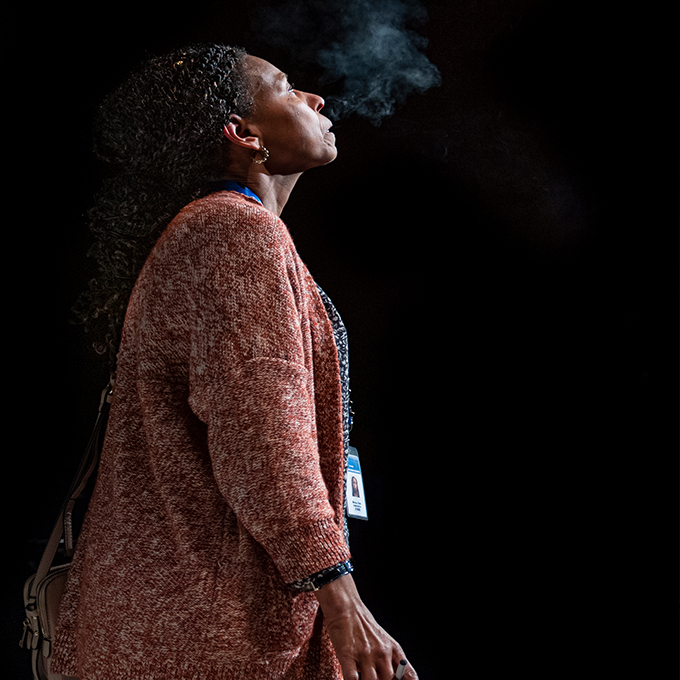 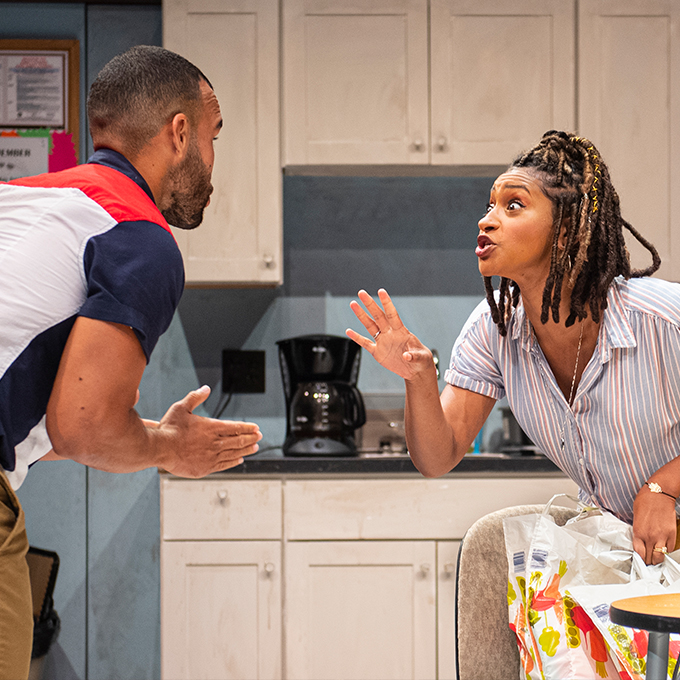 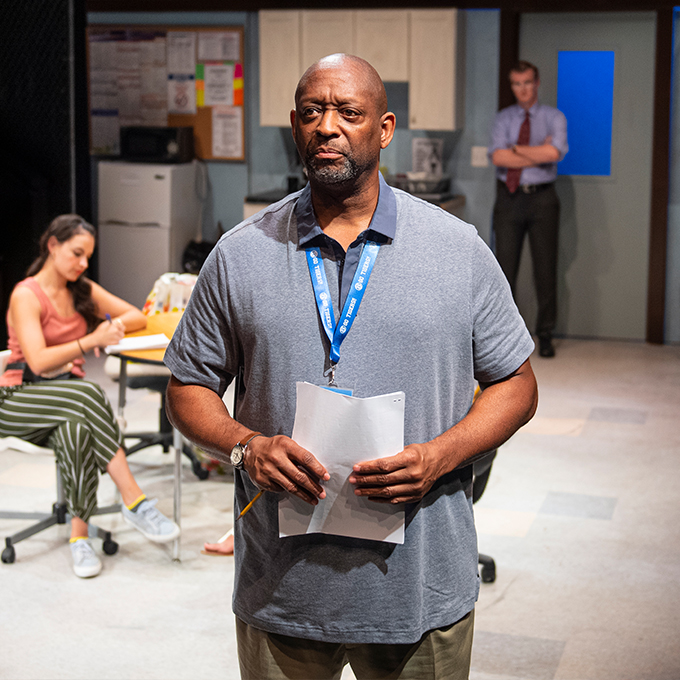 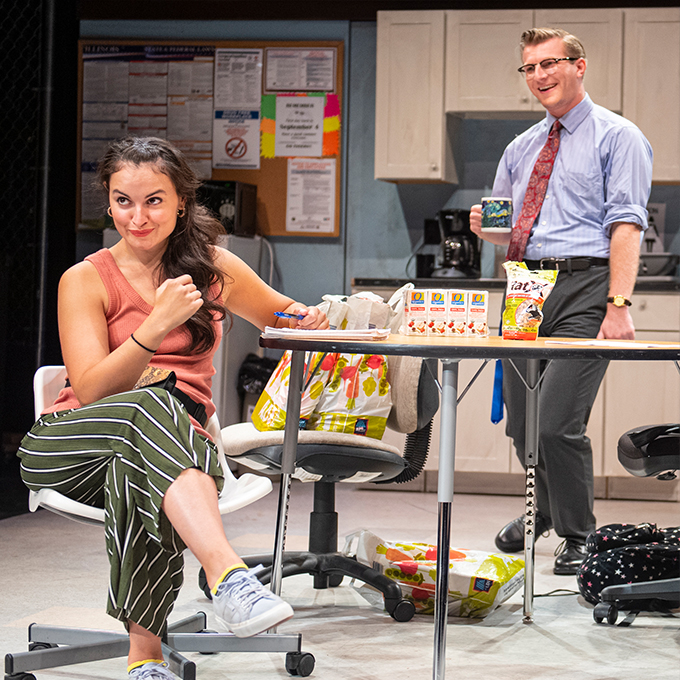 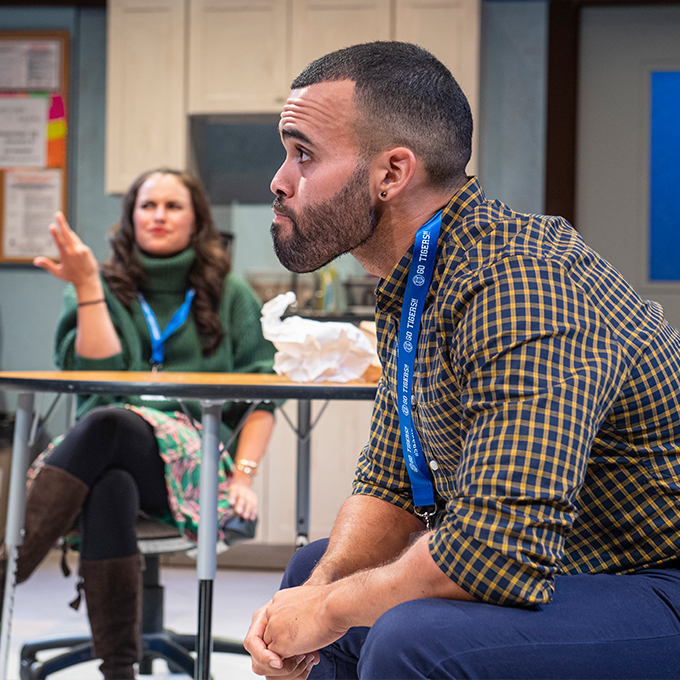 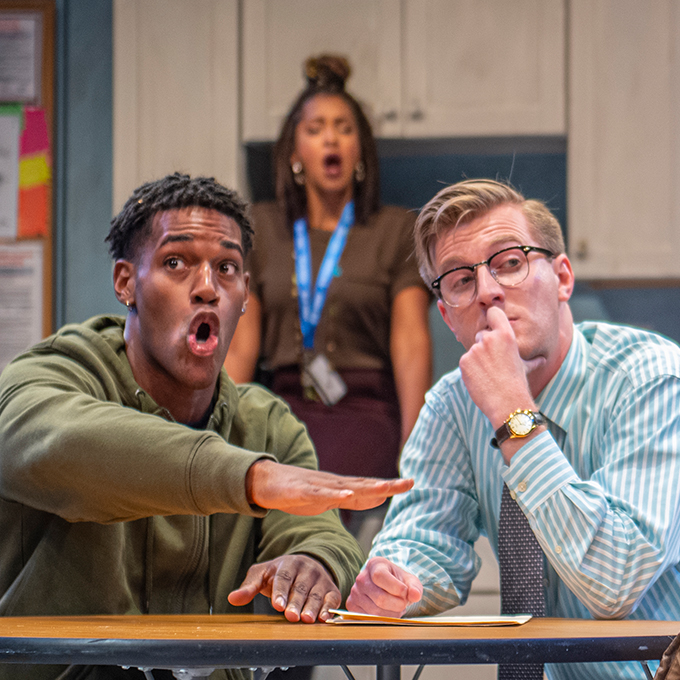 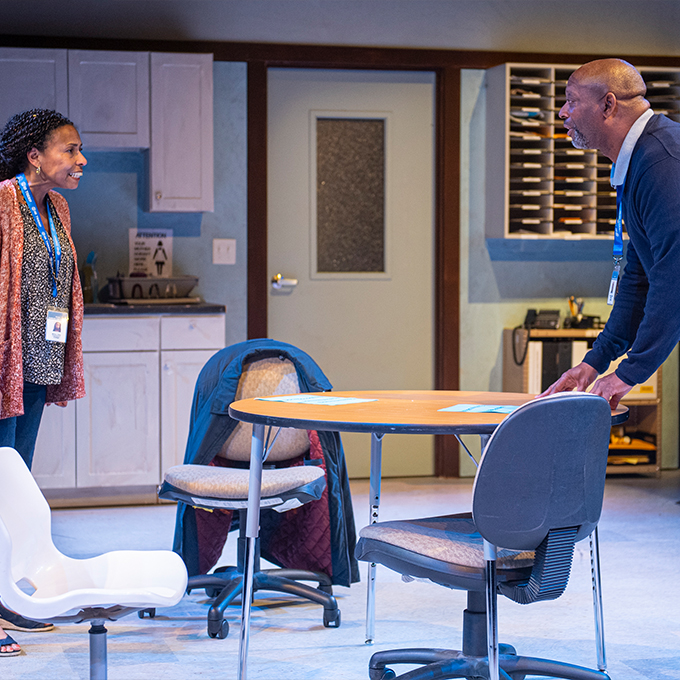 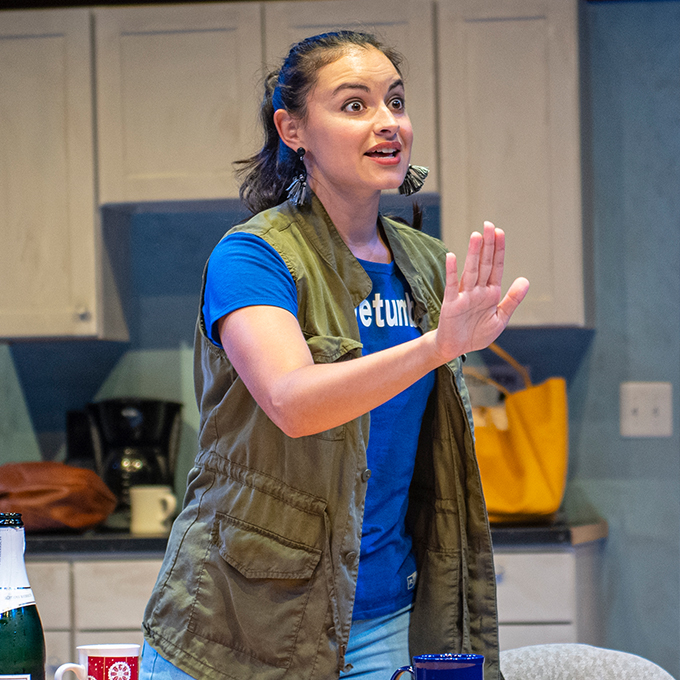 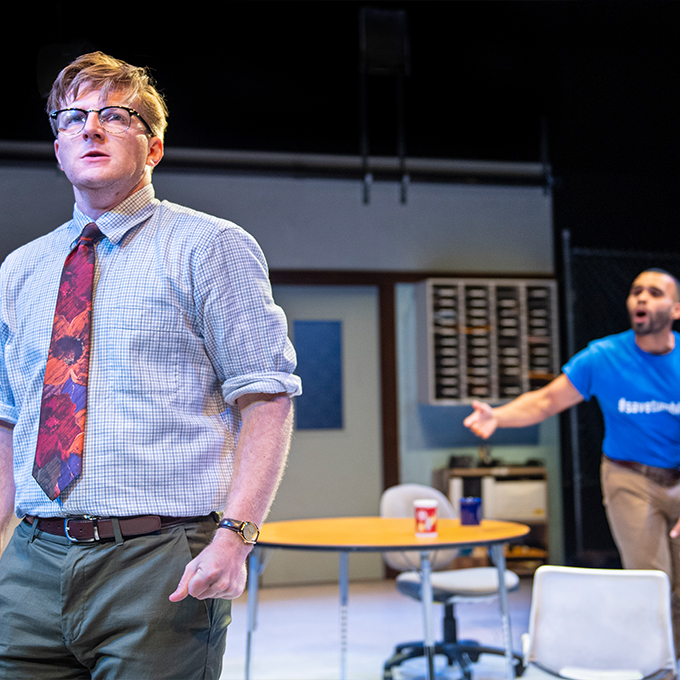 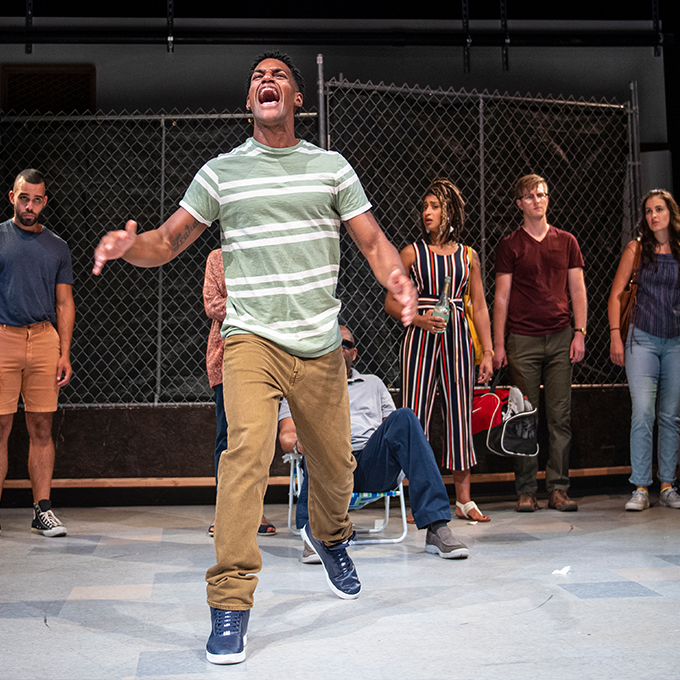 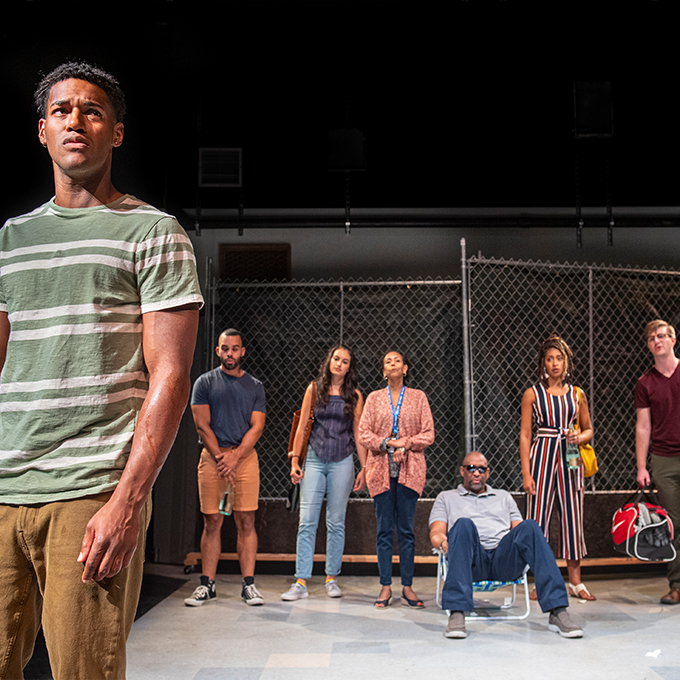 Ike Holter (Playwirght) Award-winning American playwright Ike Holter’s breakout play Hit the Wall made Chicago Tribune’s “Top 10 Plays of 2012” list. His other plays include B-Side Studio (2013), Sender (2016), The Wolf at the End of the Block (2017), The Light Fantastic (2018) and Lottery Day (2019). Holter is the recipient of the 2017 Windham–Campbell Literature Prize for drama. 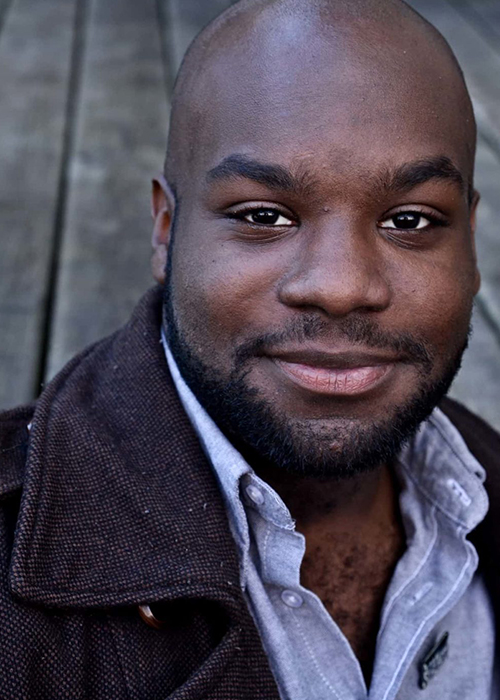 Michael J. Asberry* (Arnold) is delighted to return to the Aurora stage, where he previously appeared in Satellites. He most recently performed in When We Were Colored with the Sacramento Theatre Company; Sweat with Capital Stage Company and A Midsummer Night’s Dream with the San Francisco Shakespeare Festival. Film and television credits include San Andreas (Warner Brothers); Chance (Hulu); Trauma (NBC); Nash Bridges (CBS) and voiceover for Pixar Animation, Pine Sol and the video game, Watchdogs 2. To my family, my friends and my colleagues, I am truly grateful. Artists: Let’s keep making people laugh, cry, think and DO... Spread Love. 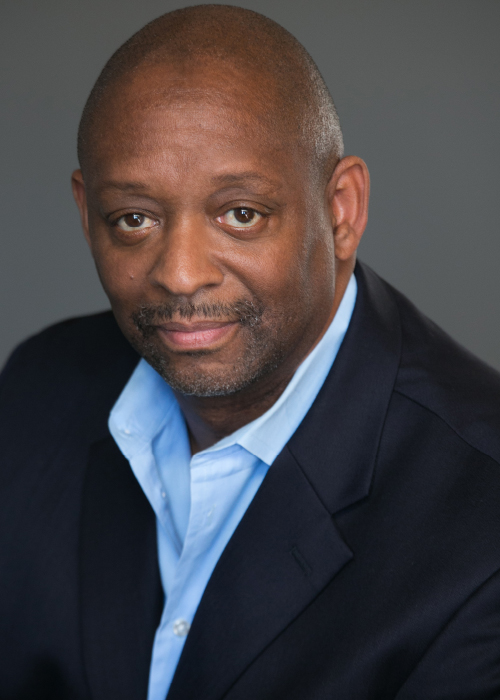 Tre’Vonne Bell (Donnie) born in Long Beach, bred in Oakland, is a proud product of the Bay Area. He is honored to be making his Aurora debut! Tre’Vonne has most recently worked on projects including; Kill Move Paradise at Shotgun theaters, American Prom at TheatreFirst and We swim, We talk, We go to war at Golden Thread productions. In 2018, he was nominated for best actor performing in a leading role by the Theatre Bay Area organization. He is grateful to his family for their unwavering support and to his mentors for helping put him in possessions to succeed. 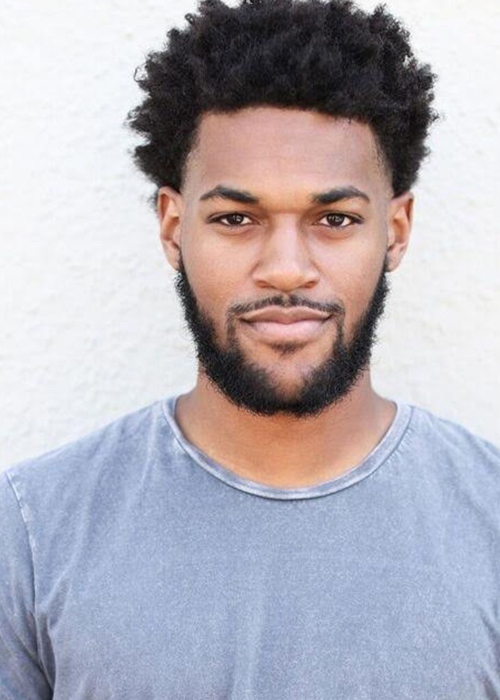 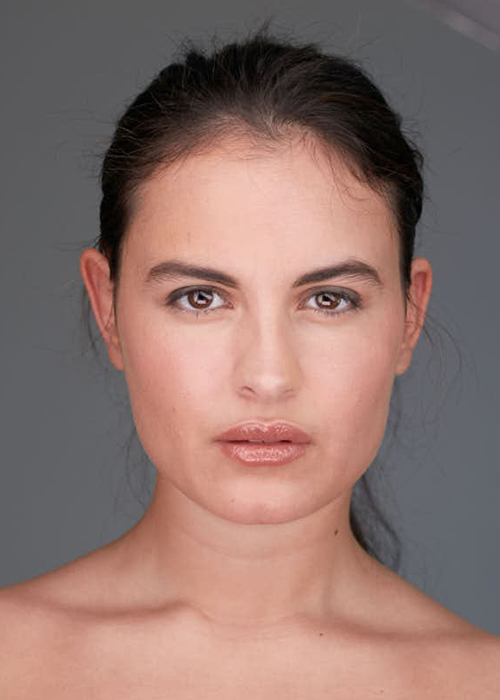 Margo Hall* (Pam) is excited to be back with The Aurora where she appeared in Trouble in Mind. She recently appeared in Good Person of Szechwan at the California Shakespeare Theater. Other credits include Jazz, Skeleton Crew, Gem of the Ocean, Fences and Seven Guitars for Marin Theater Company, Ah, Wilderness and Marcus or the Secret of Sweet at American Conservatory Theater, BARBECUE and The Motherf*#ker With the Hat for SF Playhouse, and Black Odyssey, Fences, Twelfth Night, A Winter’s Tale, A Midsummer Night’s Dream and Spunk for Calshakes. She is a founding member of Campo Santo, and has directed, performed and collaborated on several new plays with artists such as Naomi Iizuka, Jessica Hagedorn, Phillip Kan Gotanda, and Octavio Solis. 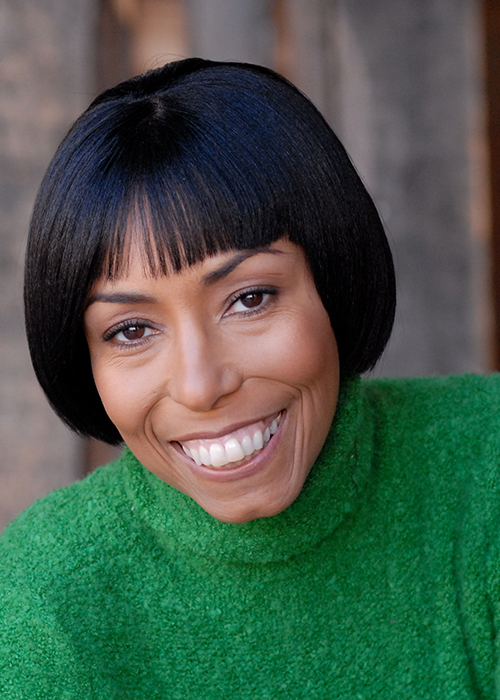 Sam Jackson (Sadie) is a San Francisco based actor, vocalist and teaching artist in her second run with Aurora. Her most recent acting credits include:  Shotgun Player's Kings, Kill The Debbie Downers! Kill Them! Kill Them! Kill Them Off!! and San Francisco Playhouse's Graveyard Shift. Sam is also a proud company member of Nice Tan Comedy, a queer WOC led sketch comedy group based in San Francisco. Sam would like to send the deepest gratitude to her family and friends for their love, support, and moments of sanity in these trying times. 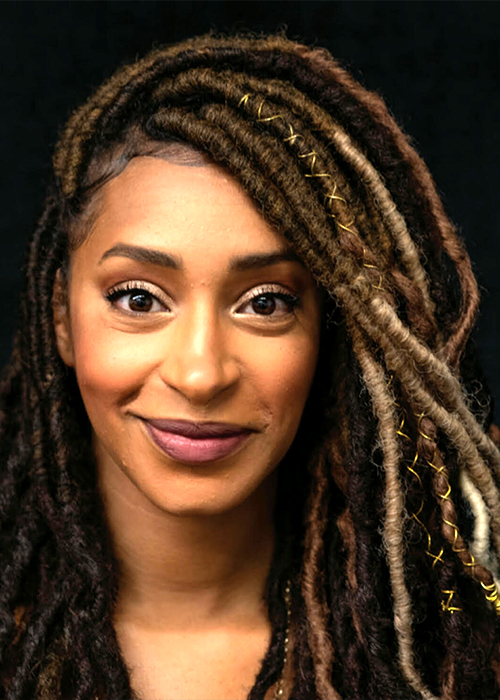 Ed Gonzalez Moreno (Luce) is a Bay Area based Actor in the Film,Theater, and Commercial Industry as well as a Teaching Artist. He has spent the beginning of this year understudying for Berkeley Rep in Metamorphoses and Cal Shakes in A Midsummer Night’s Dream. Recent credits include: Pilgrim in Visible From Four States at Magic Theatre, Demetrius in A Midsummer Night’s Dream at SF Shakespeare Festival, Pompey in Measure for Measure at Marin Shakespeare Company, and Alcibiades in Timon of Athens at The Cutting Ball Theater. edgonzalezmoreno.com 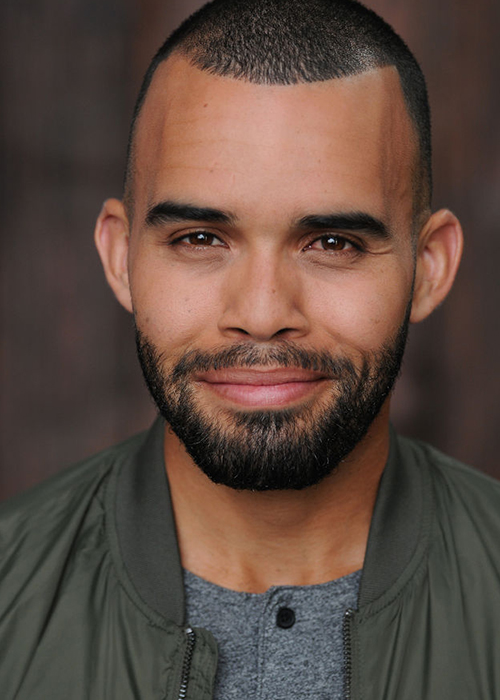 Adam Niemann (Ricky) is making his Aurora Theatre Company debut with Exit Strategy. Recent credits include Big: The Musical (Berkeley Playhouse), The Gentleman Caller (New Conservatory Theatre Center), and Arcadia (Shotgun Players). Adam also co-wrote the time-travelling two-man musical JFK ‘n Me, with collaborator and best friend, Weston Scott. Learn more at coolwebsite.pizza—an absolutely real website that he is actually paying for. Adam would like to send the utmost gratitude to his incredible wife, Panayiota, and to all the other amazing, hard-working teachers out there. www.AdamNiemann.com 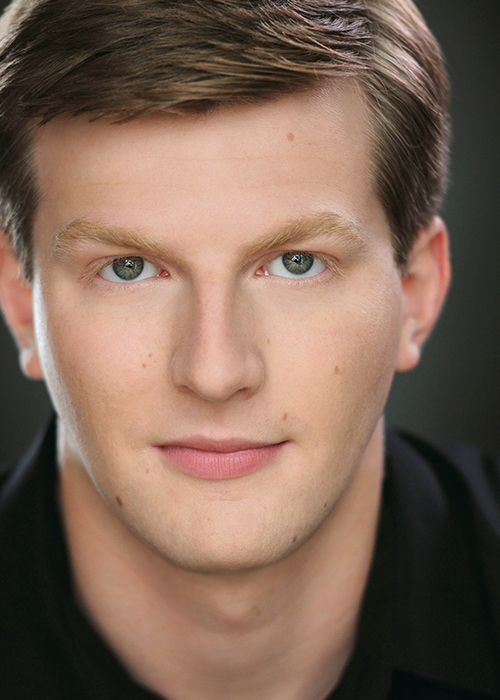 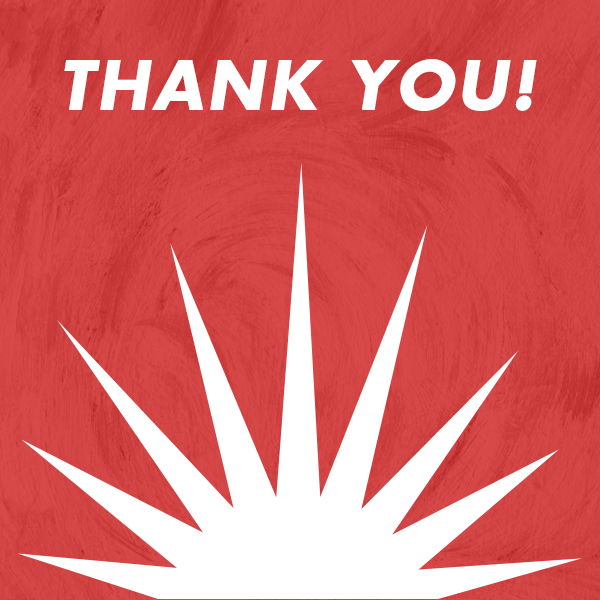