Colonialism is Terrible, But Pho is Delicious

RUN TIME
95 minutes
There will be no intermission

Taking its inspiration from two viral incidents around cultural appropriation and food [Chef Tyler Akin’s how-to video for Bon Appetit, “PSA: This is How You Should Be Eating Pho,” and Dan Pashman of The Sporkful’s suggestion that you could improve bibimbap using a bundt pan], Dustin Chinn says he “followed the rabbit hole” and wrote “a triptych about the ownership and authorship of food following the journey of Vietnamese noodle soup.” This biting comedy spans centuries, continents, and cultures in its three-part vignette structure. Beginning in 1880s Hanoi, the capital city of French Indochina, where a Vietnamese cook finds herself in the kitchen of aristocratic French settlers. Then in 1999, a century later, in Vietnam, where American diners get their first taste of the local cuisine. Then finally, in present-day, gentrifying Brooklyn, where the simmering argument around culture, ownership, and authenticity comes to a roaring boil.

Post Show Discussions
Please join us for a discussion of Aurora's production of Colonialism is Terrible, but Pho is Delicious by Dustin Chinn, hosted after the show on the select days listed below. Discussion host, Dawn Monique Williams, may be joined by the actor, director, community members, and or local storytellers.

Artistic Director's Letter and Dramaturgy for Colonialism is Terrible, but Pho is Delicious
Please enjoy these excerpts from our show program! (Click through the links below)

Artistic Director's Letter to the Audience by Josh Costello 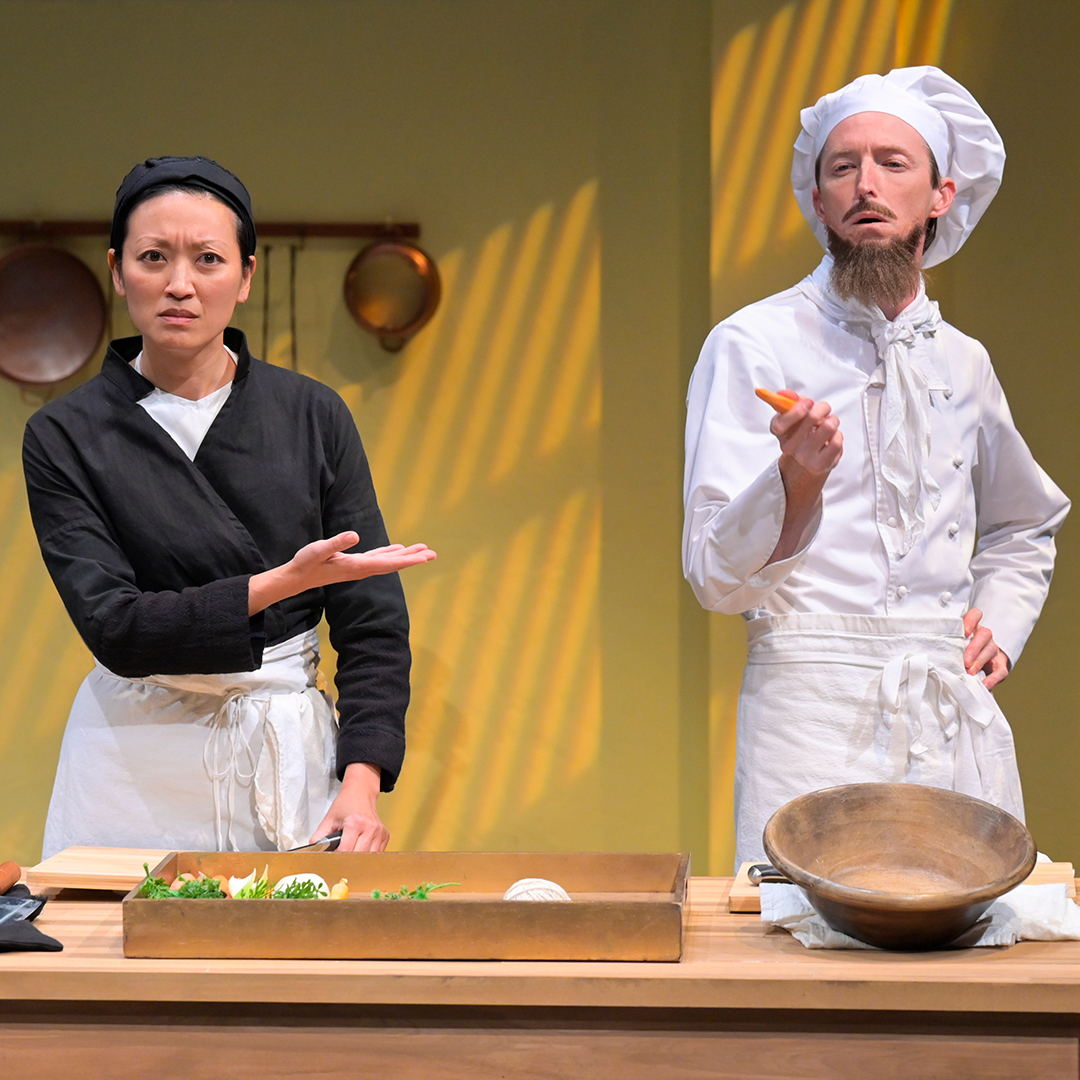 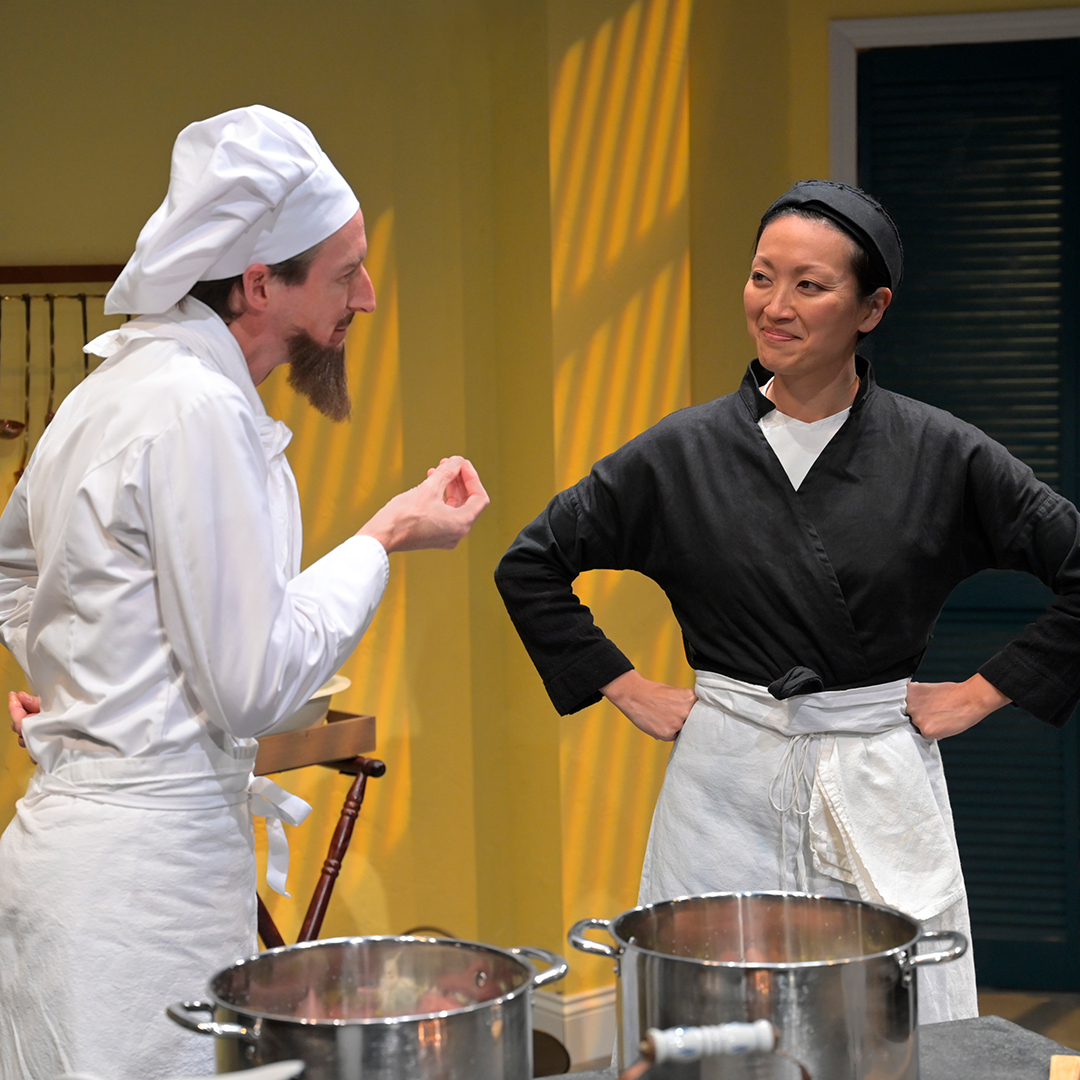 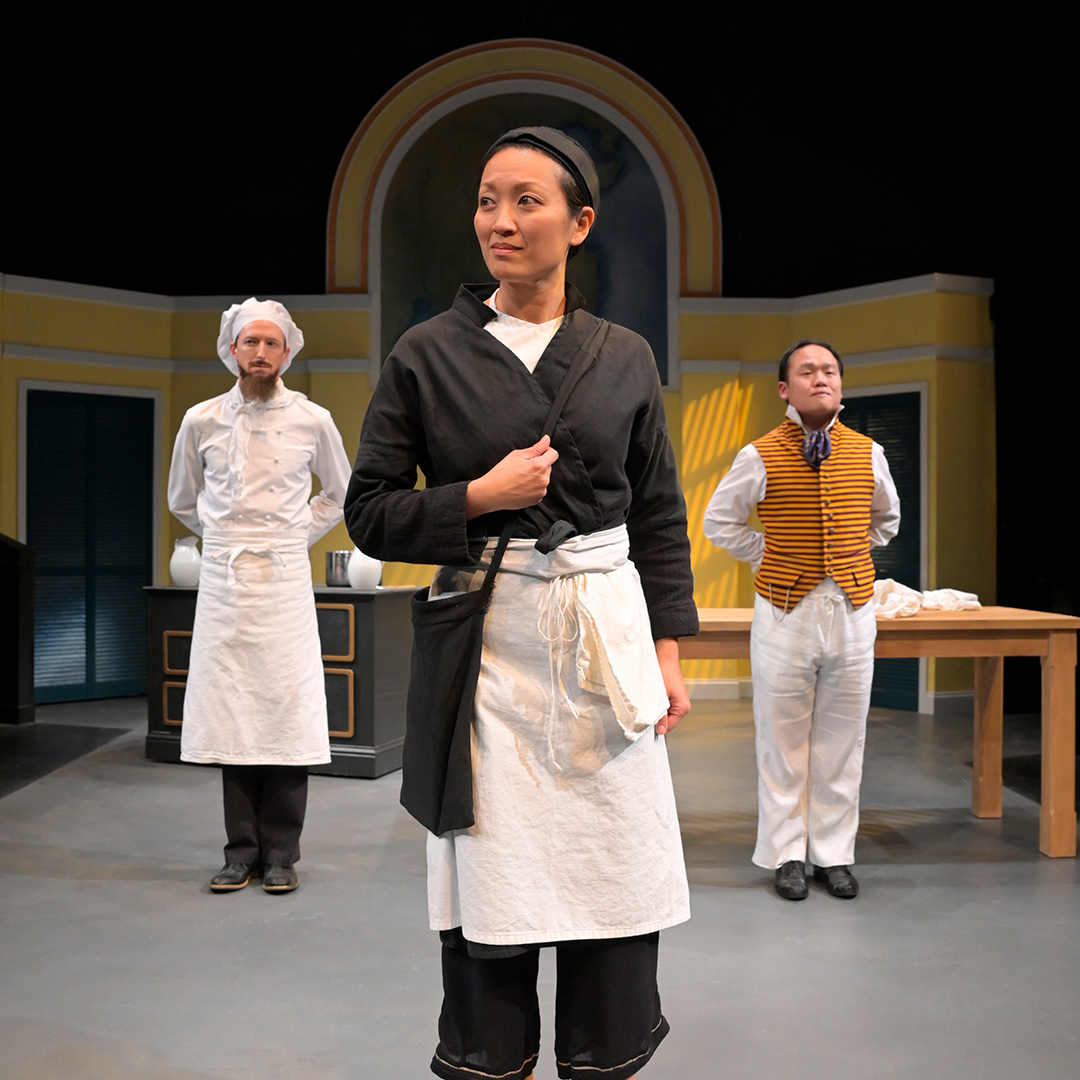 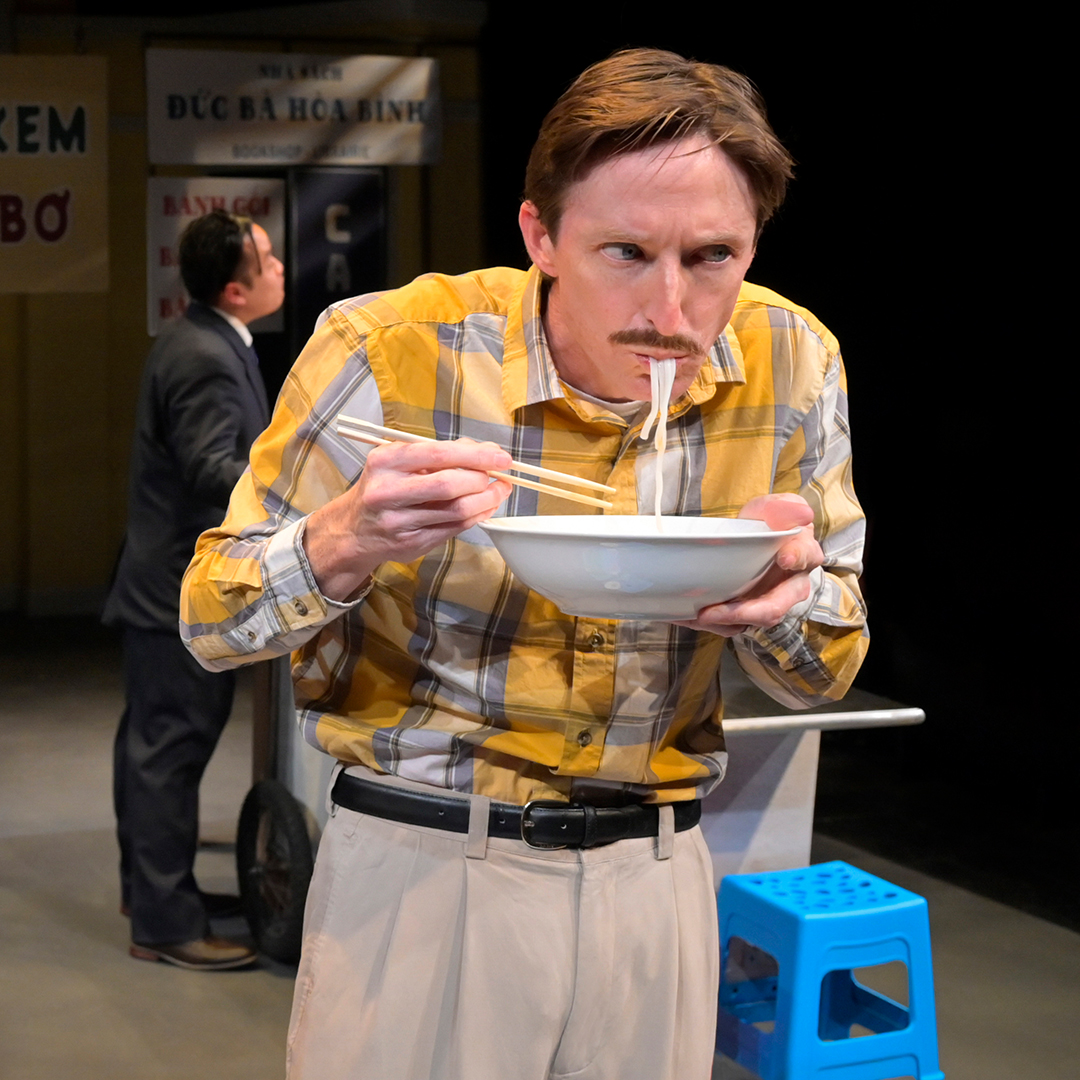 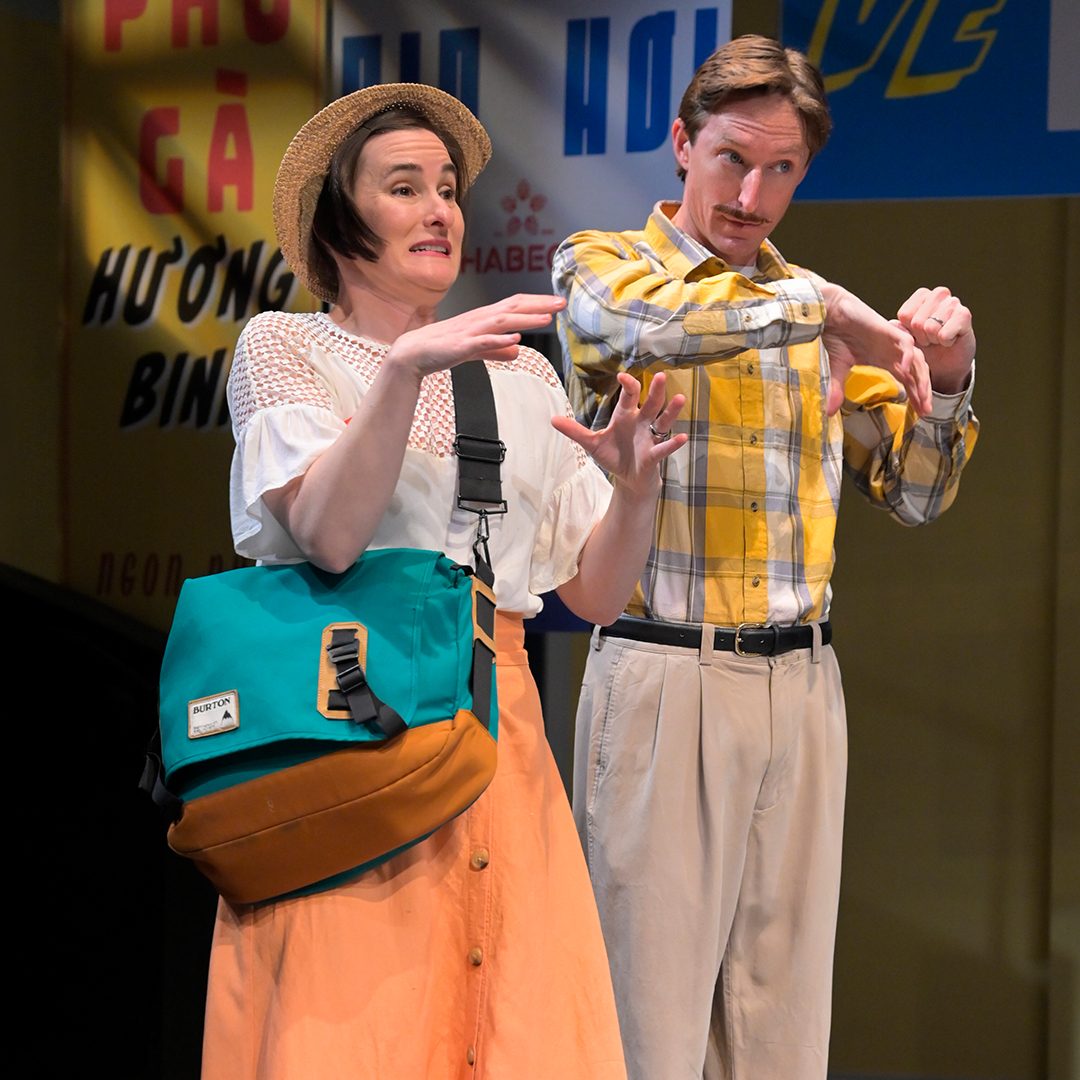 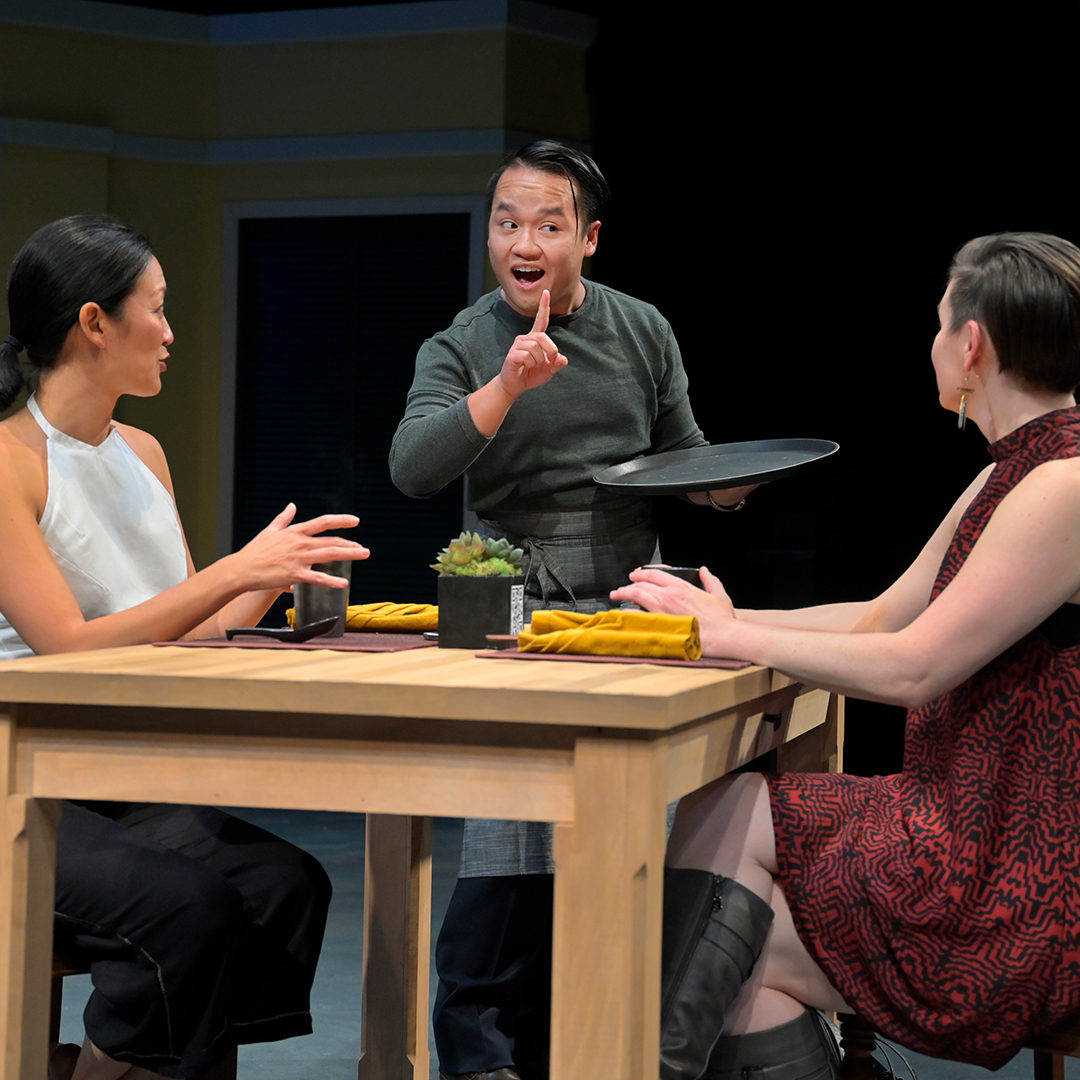 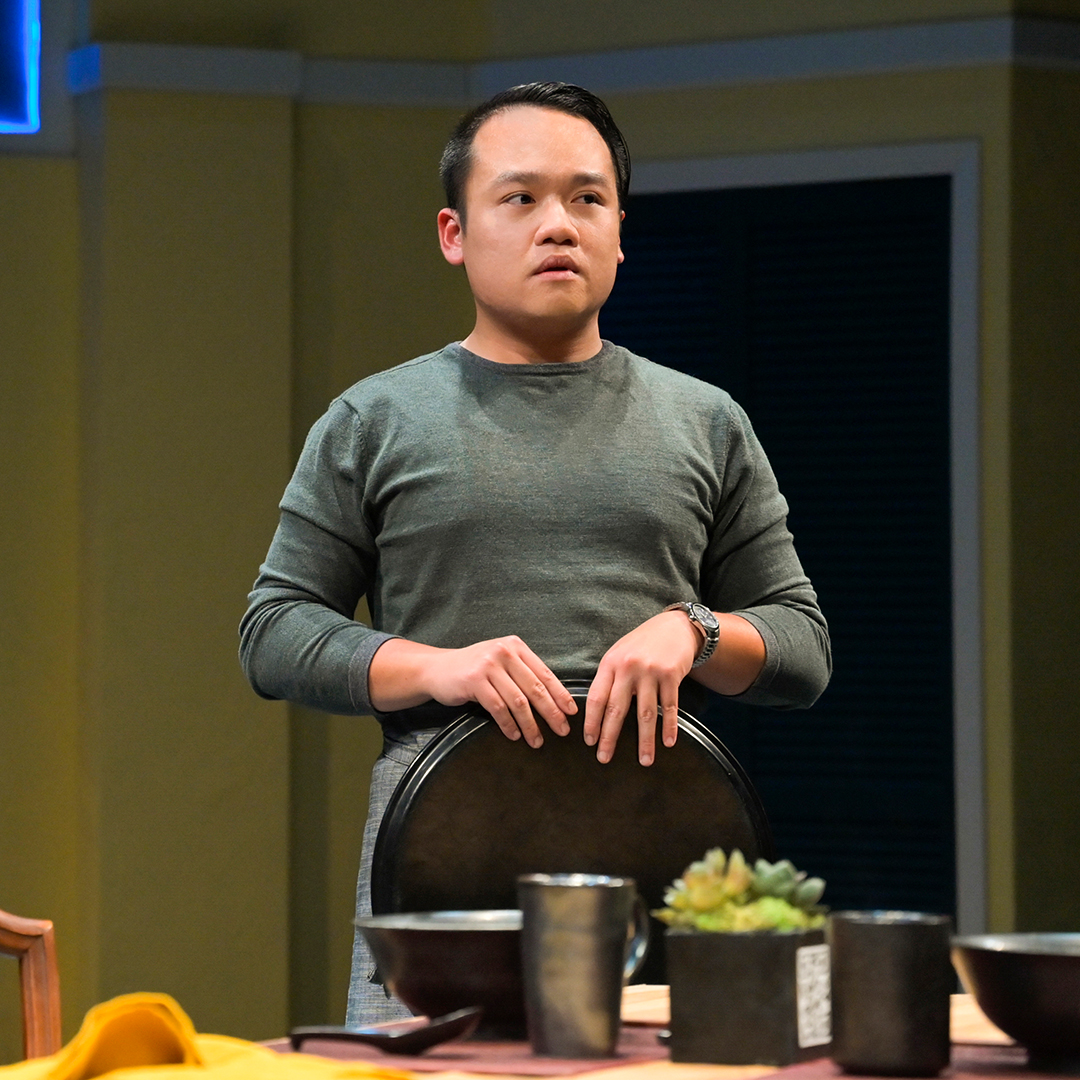 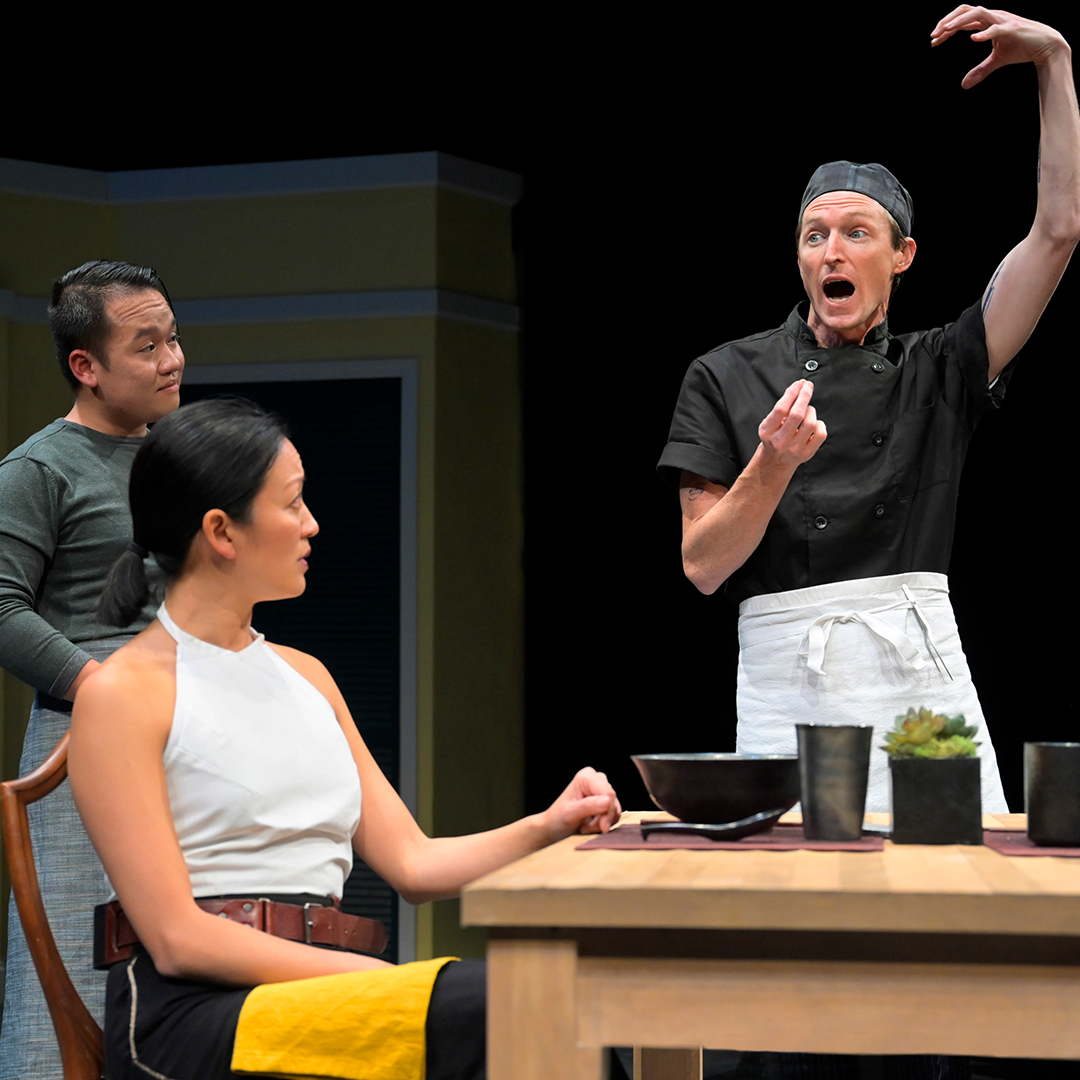 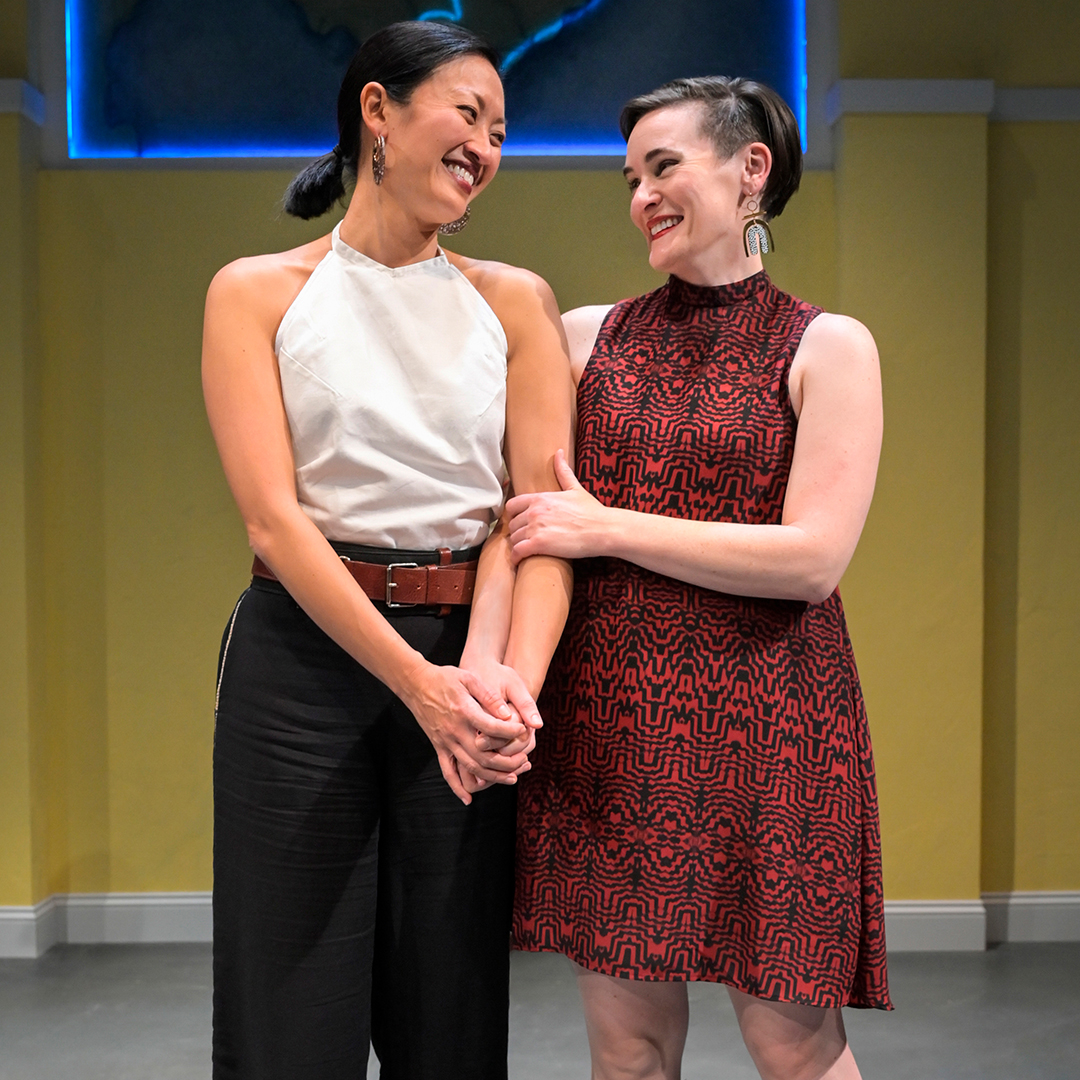 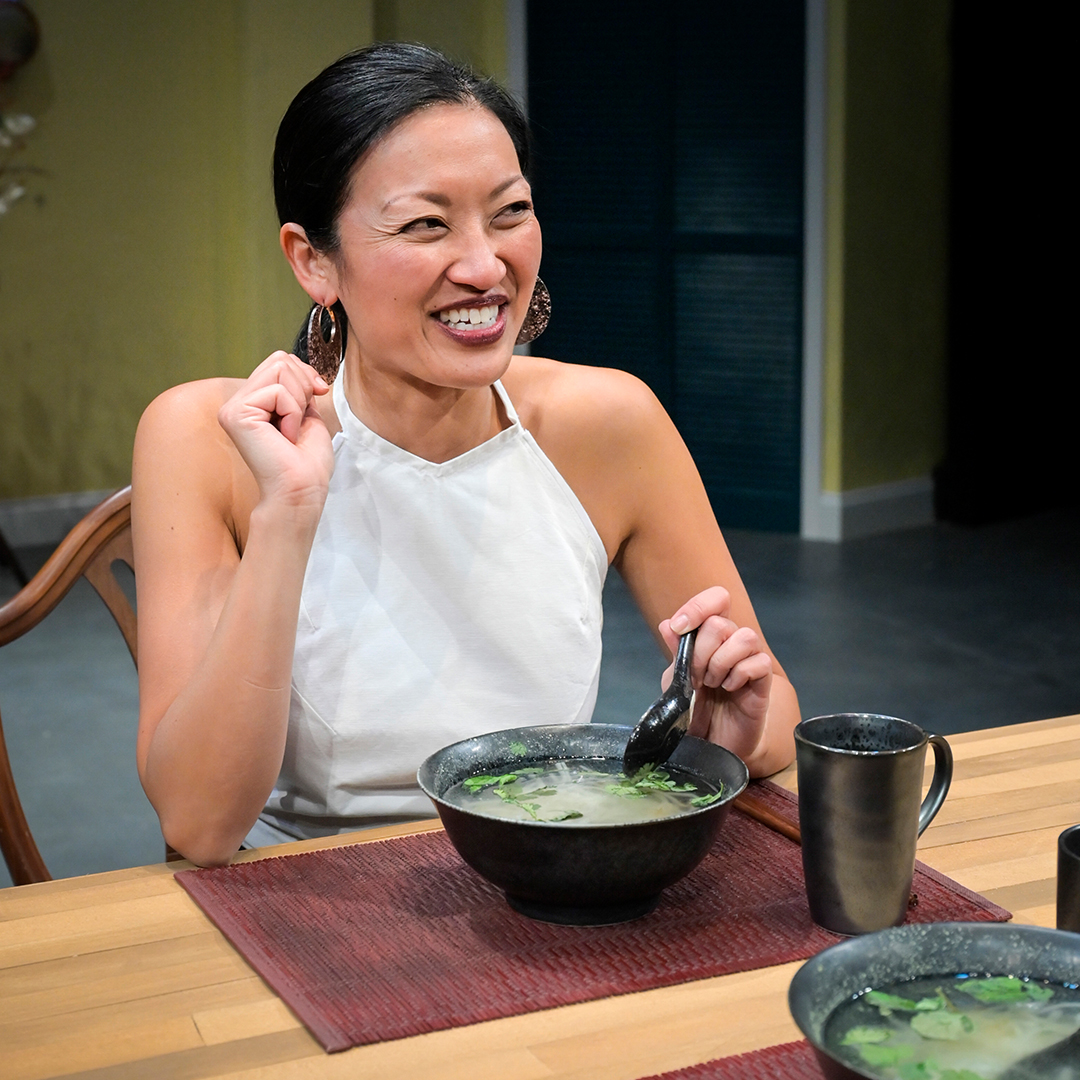 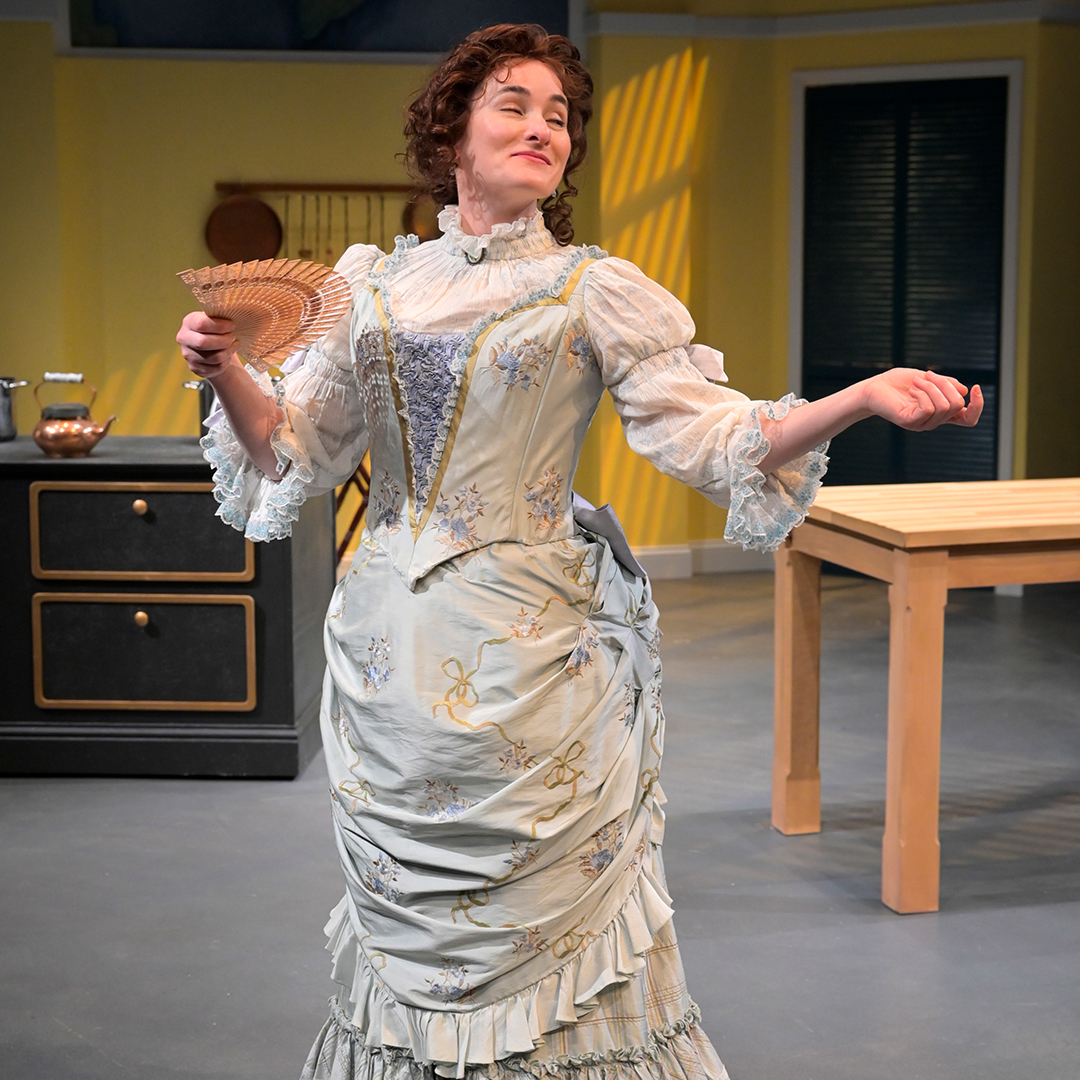 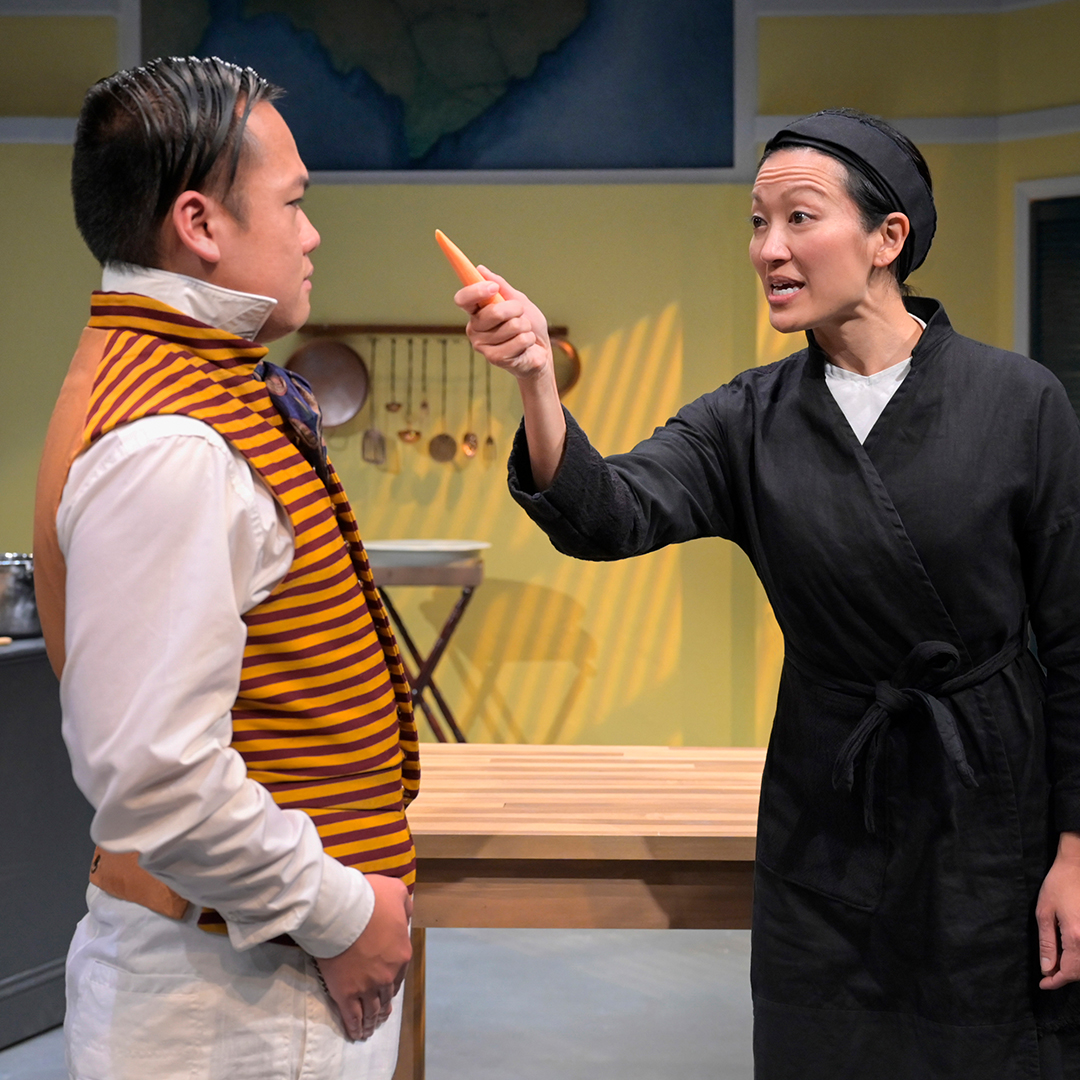 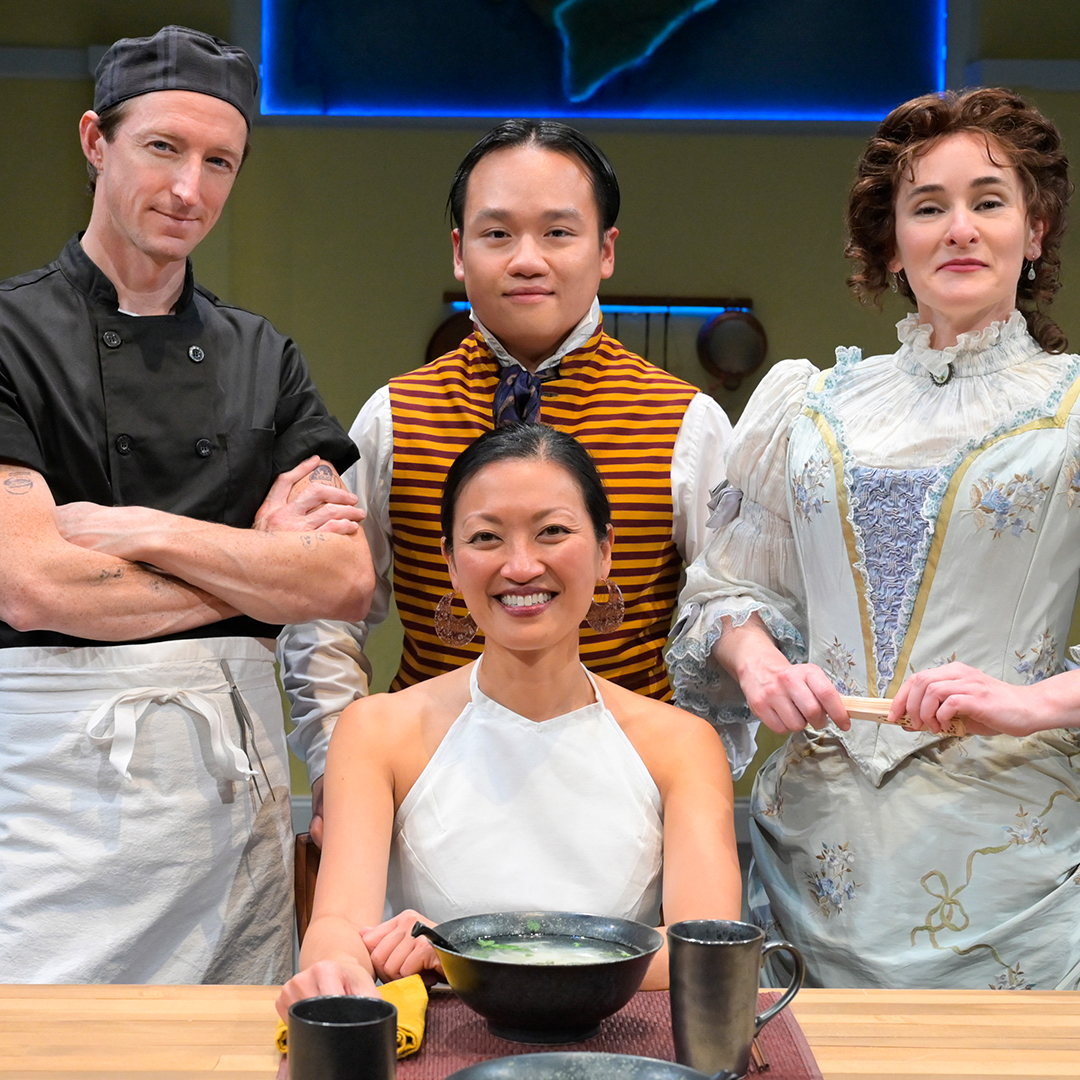 Dustin H. Chinn (Playwright) is a NYC-based Seattle native who’s developed work with Ars Nova’s Play Group, A.C.T.’s New Strands Festival, the University of Washington via a Mellon Creative Fellowship, UC Berkeley, SPACE on Ryder Farm, UMass at Amherst New Play Lab, and Vampire Cowboys. Proud product of the Ma-Yi Writers Lab, the largest collective of Asian American playwrights in the history of recorded time. Eternal gratitude to Madeleine Oldham and Ground Floor at Berkeley Rep for taking a shot when it was merely a blurb and handful of pages, Mei Ann Teo, Ken Savage, and the 2018 Bay Area Playwrights Festival for its further evolution. 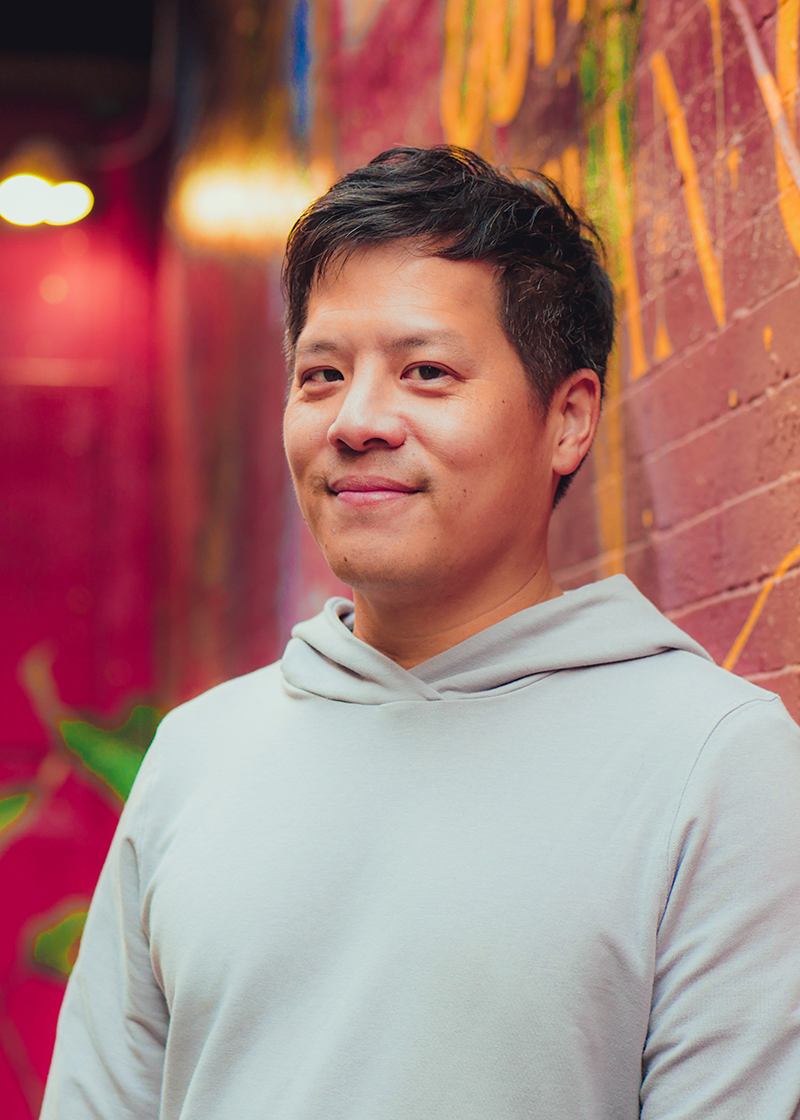 Oanh Nguyen (Director)has been serving as founding Artistic Director of Chance Theatre in Anaheim since 1999. Oanh is a recipient of TCG’s New Generations Grant and the TCG Nathan Cummings Young Leaders of Color Fellowship. He was awarded the Outstanding Artist Award by Arts Orange County, profiled in Orange County Register’s “Most Influential People” series and OC Weekly’s People Issue, inducted into Anaheim High School’s Hall of Fame and was a commencement speaker for Chapman University College of Performing Arts. Oanh was Producing Associate at South Coast Repertory for three years. He also served on the advisory board of the Anaheim High School Performing Arts Conservatory, the board of Network of Ensemble Theatres, LA’s 99-seat Transitional Committee, and OC Theatre Guild, as well as panels and committees for the Stage Directors and Choreographers Society, Alternative Theatre Los Angeles, National Endowment for the Arts and Theatre Communications Group. Oanh is a proud member of SDC and SAG-AFTRA. His directing credits include productions at Chance Theatre, East West Players, the J. Paul Getty Museum, Segerstrom Center for the Arts, South Coast Repertory, Chapman University, Azusa Pacific University, AMDA, CSU Fullerton, and served as the Associate Director for the international tour of David Henry Hwang’s Chinglish (Berkeley Repertory, South Coast Repertory, Hong Kong Arts Festival). 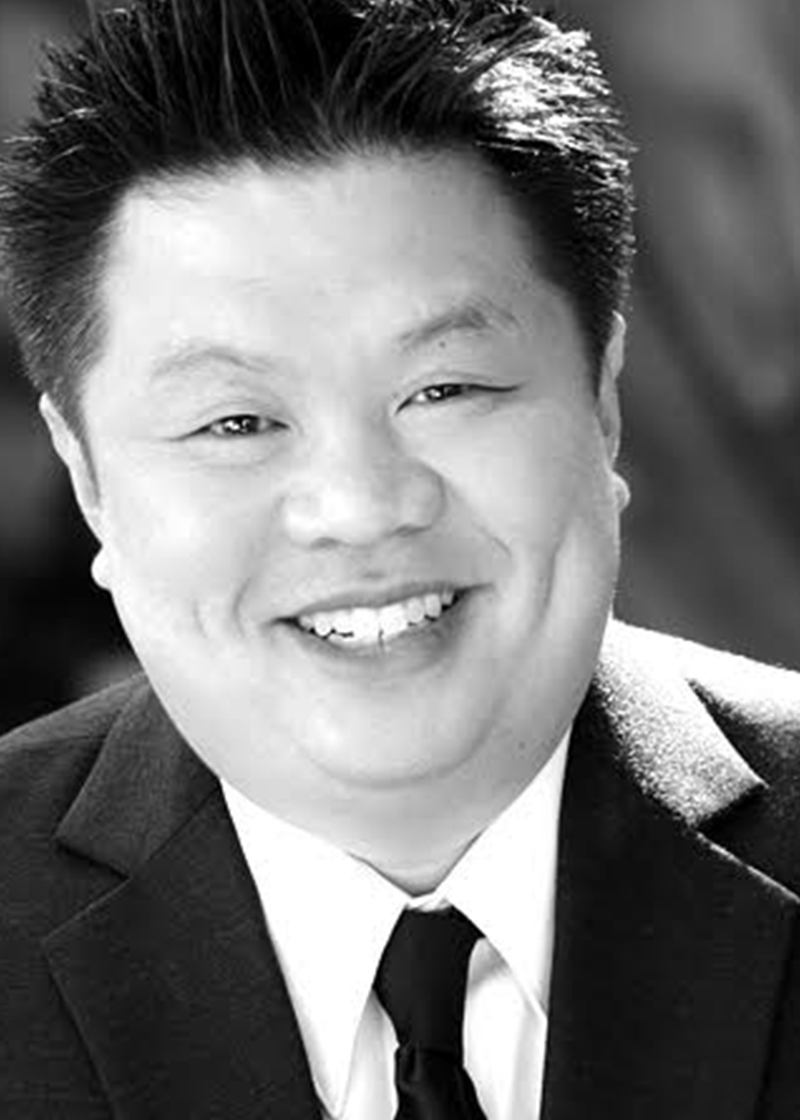 Anthony Doan makes his Aurora debut. Born in Vietnam and having grown up in San Jose, Anthony Doan is overjoyed to make his debut at Aurora with such a deceptively poignant comedy. To share such a culturally personal story by playing characters of Vietnamese descent feels like a rare gift. Past credits include John Lee in Porcelain at Theatre Woks, Christian in Cyrano de Bergerac: A Queeroic Comedy with Many Acts at Island Shakespeare Festival, and Nhan, Playwright u/s in Vietgone at City Lights Theatre Company. Anthony is also a playwright, director, and anti-racist practitioner. He holds a B.A. in Drama from the University of California, Irvine. 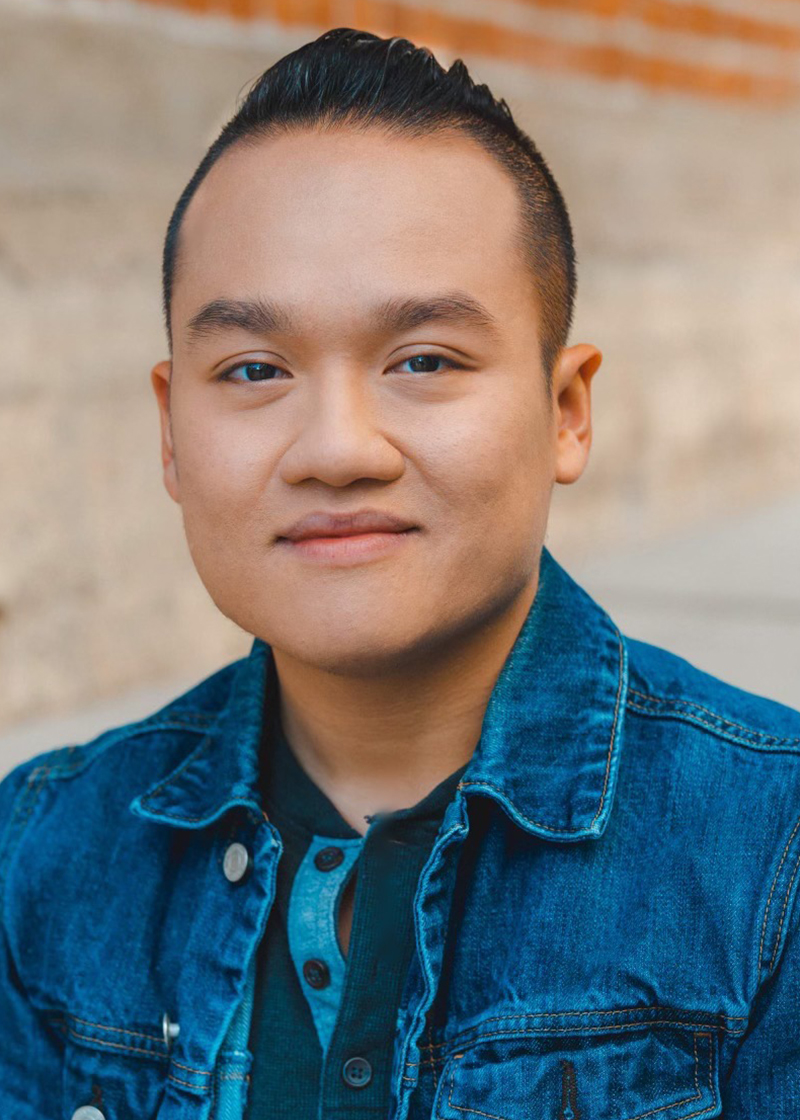 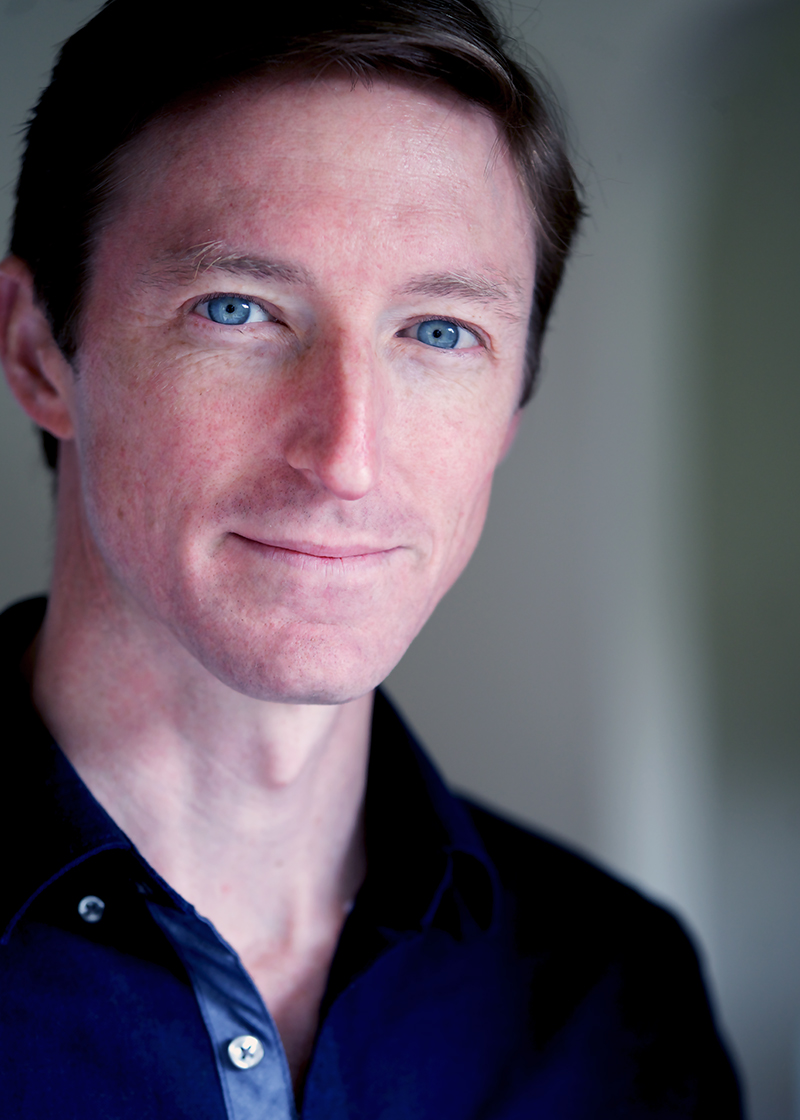 Elissa Beth Stebbins is a Bay Area-based actor, teaching artist, and theatre maker. Recent regional credits include Nan and the Lower Body (TheatreWorks), Becky Nurse of Salem (Berkeley Rep), Kings, Kiss, The Village Bike, and Caught (Shotgun Players), In Braunau (San Francisco Playhouse Sandbox Series), Revolt. She Said. Revolt Again, and You For Me For You (Crowded Fire Theater), The Little Prince (Marin Theater Company), and Minneola Twins (Cutting Ball), among others. She is also co-founder of Analog Theatre Company, which focuses on imaginative storytelling using masks, puppets, and physical theatre. She is a TBA Award winner, and a TITAN and CASH grant recipient. Elissa graduated from Santa Clara University and has continued training with Shakespeare and Company, and Atelier Mask Movement Theatre in Italy. 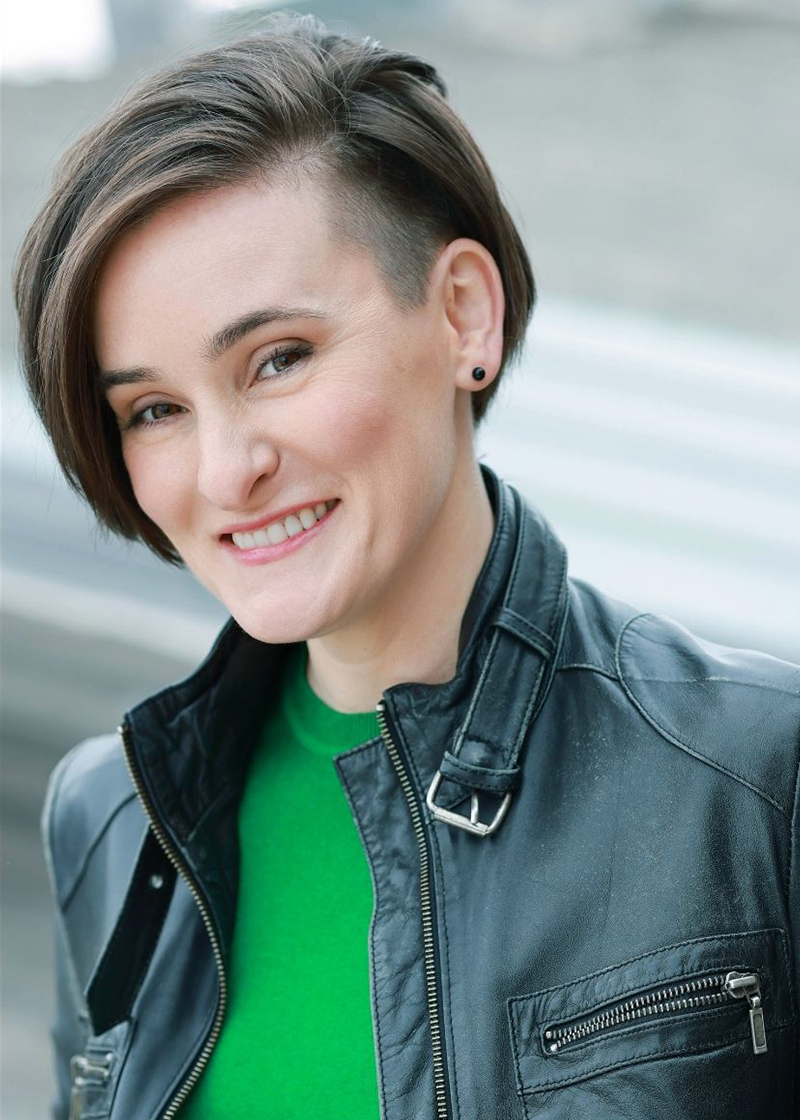 Nicole Tung is thrilled to be making her Aurora debut and grateful to the Colonialism is Terrible, But Pho is Delicious team for bringing her on to be part of this world premiere. A proud AEA member and graduate of SCU, she has had the pleasure of working with American Musical Theater of San Jose, Magic Theater, Woodminster Theatre, San Jose Repertory, TheaterWorks, and 42nd St. Moon. Favorite roles to date: Linda Low in Flower Drum Song, Liat in South Pacific, Michelle in Great Wall (TheatreWorks New Works). Nicole can also be seen in various commercials for California Olive Oil, Slack, PagerDuty, and Stanford Children’s Health. Eternal thanks to her husband, Jason, and daughter, Kalana, for supporting her in this journey. Love you more. 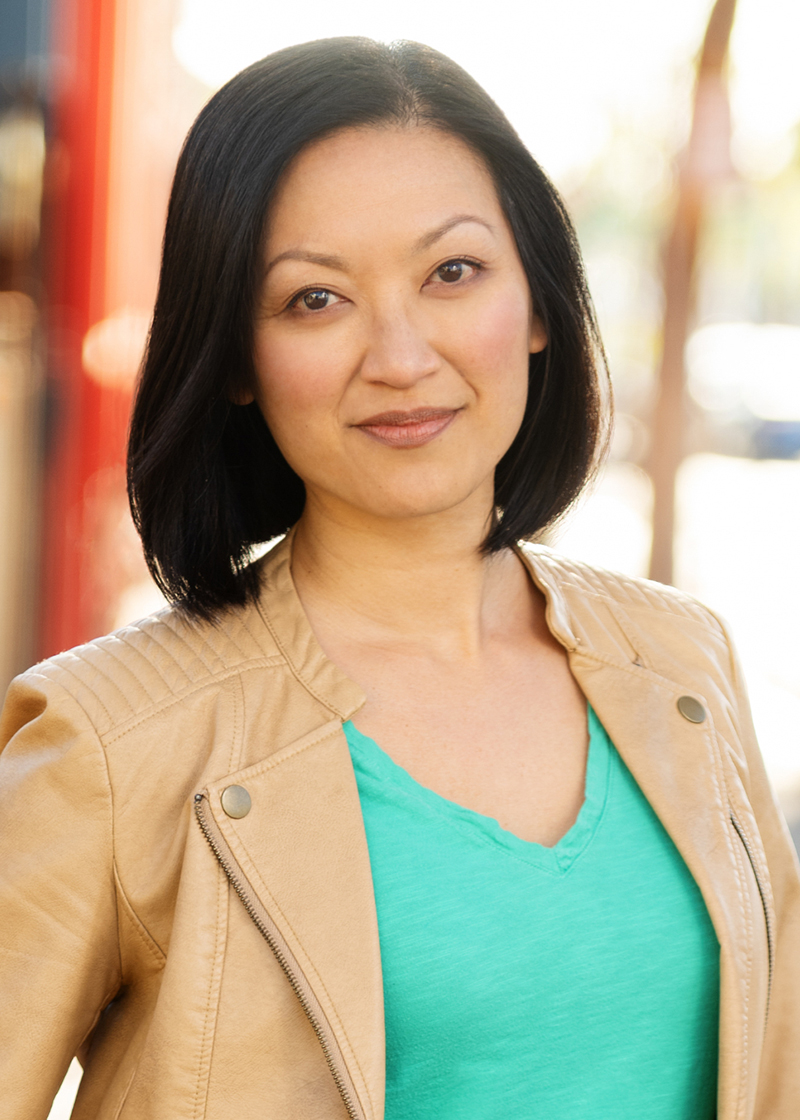